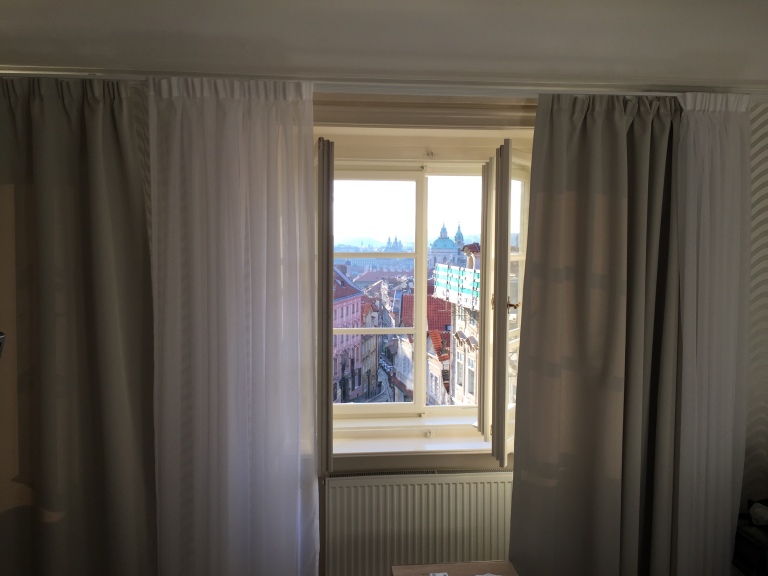 Our hotel was in the Mala Strana (Little Side or Lesser Town) and will remain unnamed (Golden Star) because I don’t want you taking my room (33) next time I’m in town. One of the best things about Prague is that you would have to try pretty hard to overspend on a hotel. You could do it, but you can also find 300 hotels for less than $50 a night and I’m not talking about hotel rooms that are located next to the airport or near the meat packing district, these $50 rooms are going to be clean, well-located, and have free breakfast.

The next thing that is great about Prague is that you would have to try pretty hard to overspend on a meal. Czech meals are meat and gravy extravaganzas that are best washed down by the cleanest, freshest, cold beer you can find in the world. A platter of meat, potatoes, dumplings, slaw, and gravy and two beers will set you back about $10. (If you eat like this for a lifetime you’ll probably die by the time you get to the age of 50, but you will die fat and happy.) 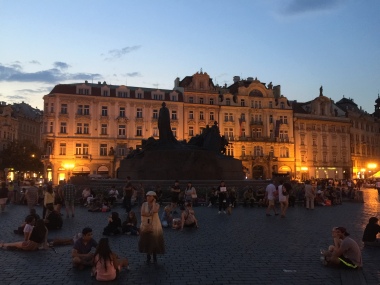 The last wonderful thing about Prague is that there is always something to do. This is a city that opens early and stays open all night. The parks are vast, the collection of museums spans interests, and history oozes from every corner. Want to do an idiotic bar crawl? Well, hang out in the central square around 10 PM and look for the guys wearing the shirts that say, “The Greatest Night You Will Never Remember.” Want to see work by Mucha? There is a small Mucha museum and his great work The Slavic Epic is on display in one of the major museums in town. Like Kafka? Go visit his tiny house on the Golden Lane next to St. Vitus’ Cathedral, or drop into the Kafka Museum and learn about one of the world’s most interesting writers. Even if you are flat broke Prague is a town where you can have a great time. Wander the streets, get lost (which isn’t hard), watch people, hang out on the Charles Bridge, sit in a park overlooking the city, sneak into St. Vitus’ Cathedral with a tour group, and eat street food for a fraction of what it costs anywhere else in Europe. 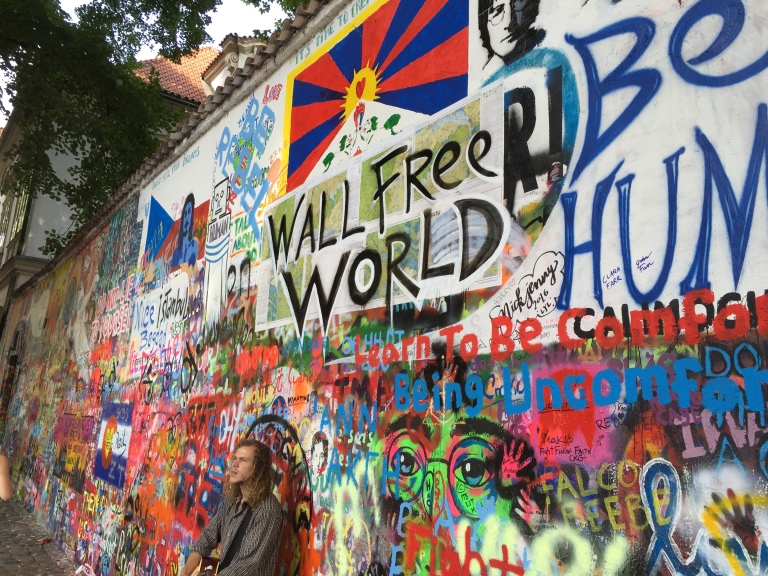 Our visit to Prague wasn’t perfect, but it was just right. Maybe it wasn’t as great as I think, sometimes things seem better in the moment than they really were, but someday I’ll find out when I get back to Prague.

8 thoughts on “Goldilocks in Prague”