24 or 25 Things I Learned in Budapest

Keeping your metro pass and your phone/camera in the same pocket is a bad idea.

I think this is where my metro pass was last seen in my wet pants.

Sometimes when your pants are really wet and you pull out your phone to take a picture of an old building you could lose your 24 hour metro pass. Do not ride the metro system in Budapest without a pass. You will get caught.

Last seen in my pocket. Return to me if you find it on a corner in Budapest.

You can’t call your cafe a Cat Cafe if there is a limit to how many humans can enter the cafe at a time. The whole reason you have a bunch of cats is to get more than 10 people in your cafe at a time…come on man.

If you run a Cat Cafe know that there is Ernest Hemingway the cat lover, and Ernest Hamingway who nobody cares about. 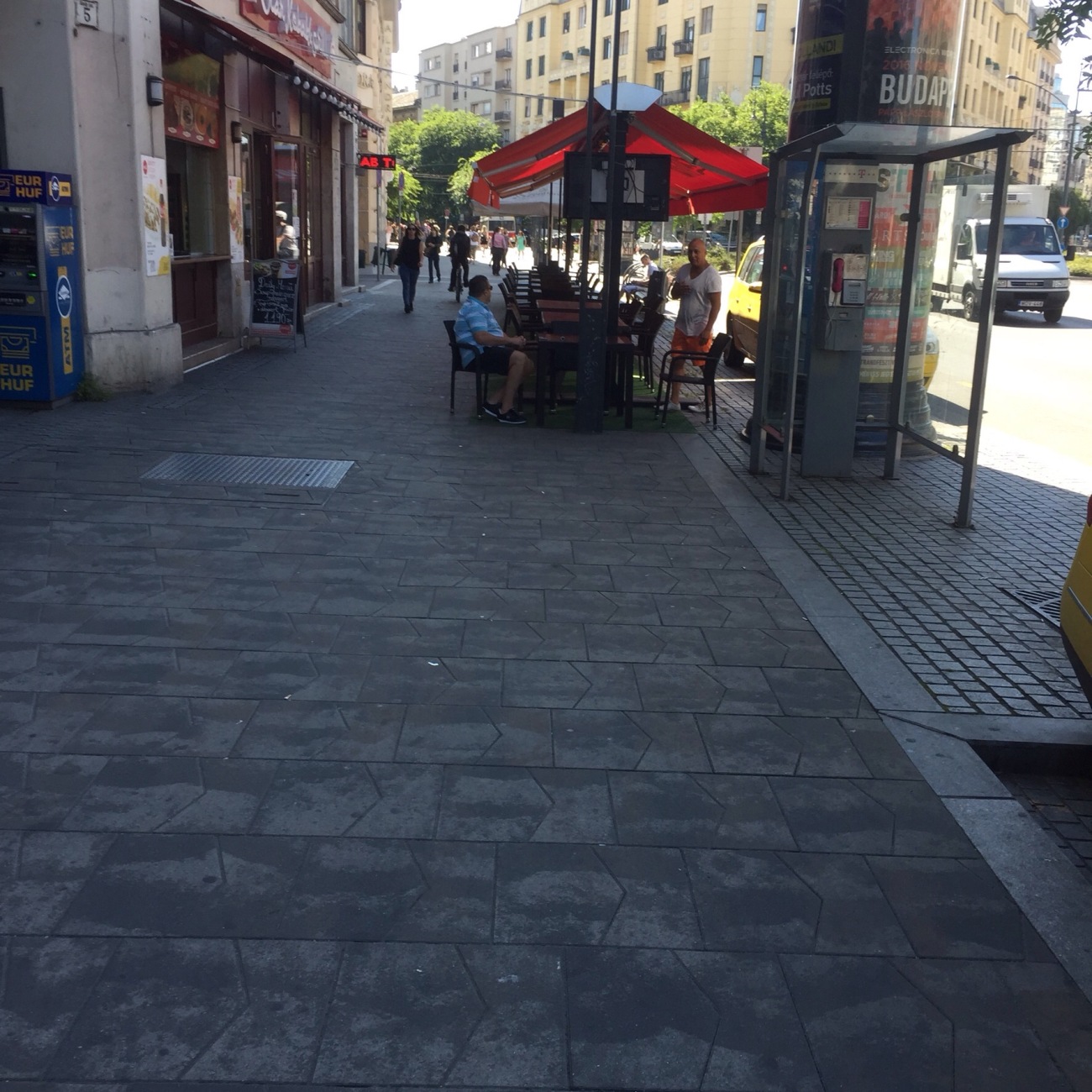 There must be a law that restaurants that cook using a vertical rotisserie must employ two or three scary looking guys to sit in chairs on the sidewalk and talk into their phones. These guys must have violent foreheads and remind everyone of Tony Soprano.

Ruin bars are worth the visit, but waiting like a rational person in what appears to be a line will only allow sneaky old Aussies to get their beer before you. 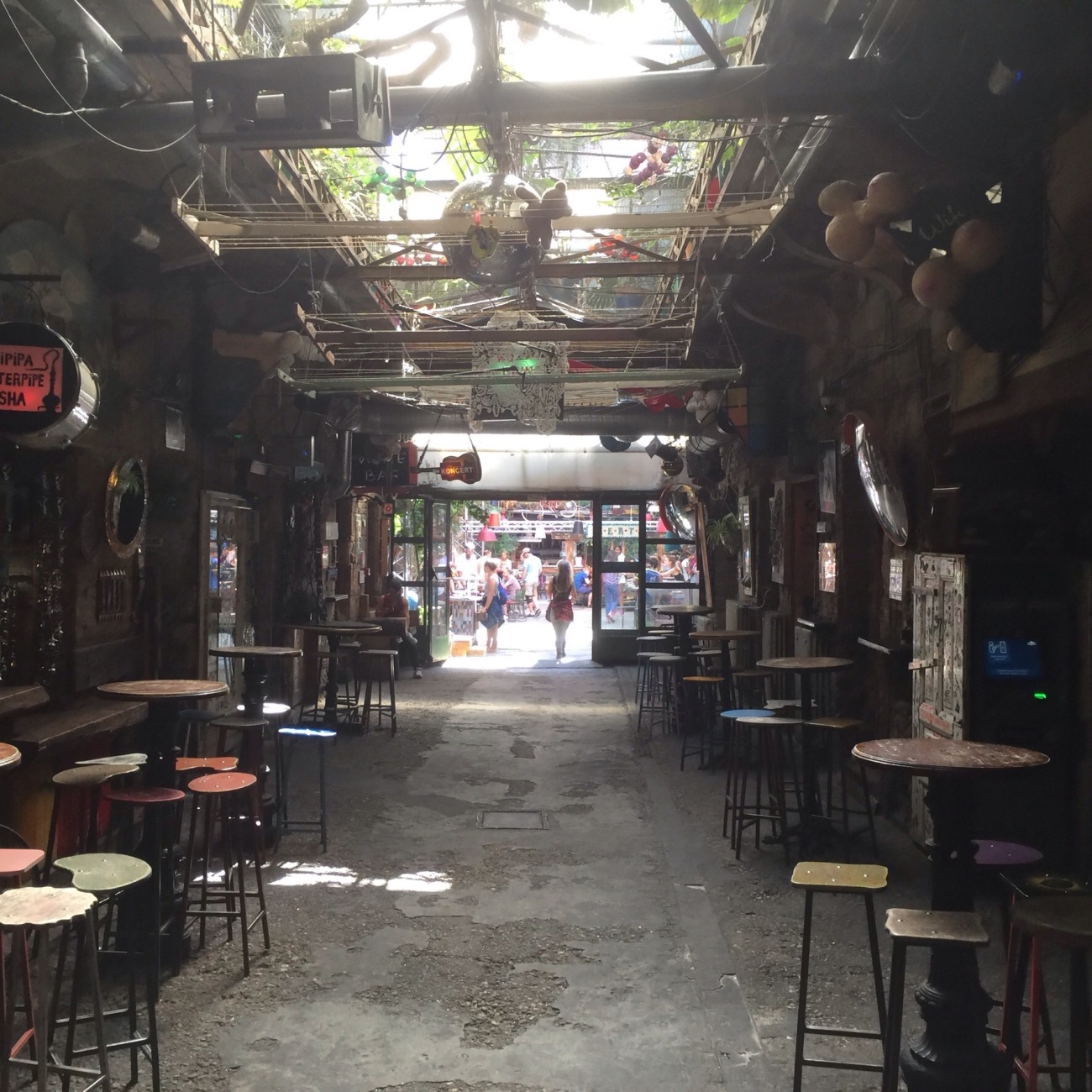 Sneaky old Aussies need to know that when you cut in line you don’t get to order, “two beers…make that two beers and one lemonade…can you mix one of the beers with lemonade…no, I still want two beers, I still want one half beer and half lemonade…could I also get a water…no, I just want water from the tap…I don’t want to pay for it, I just want a cup of water…okay, then can I get an orange juice with some water in it…yeah, half and half, orange juice and water…hold on a minute, you charged me for a full orange juice…” This is a ruin bar not the Paris Ritz. (I’ll describe this guy in case he tries to cut in line in front of you: Skin like a piece of dried fruit, sweat soaked baseball hat, polo shirt, shorts, flip flops. I know that won’t help at all because most Aussies over 40 fit this description.)

Flip flops are not all-purpose footwear. 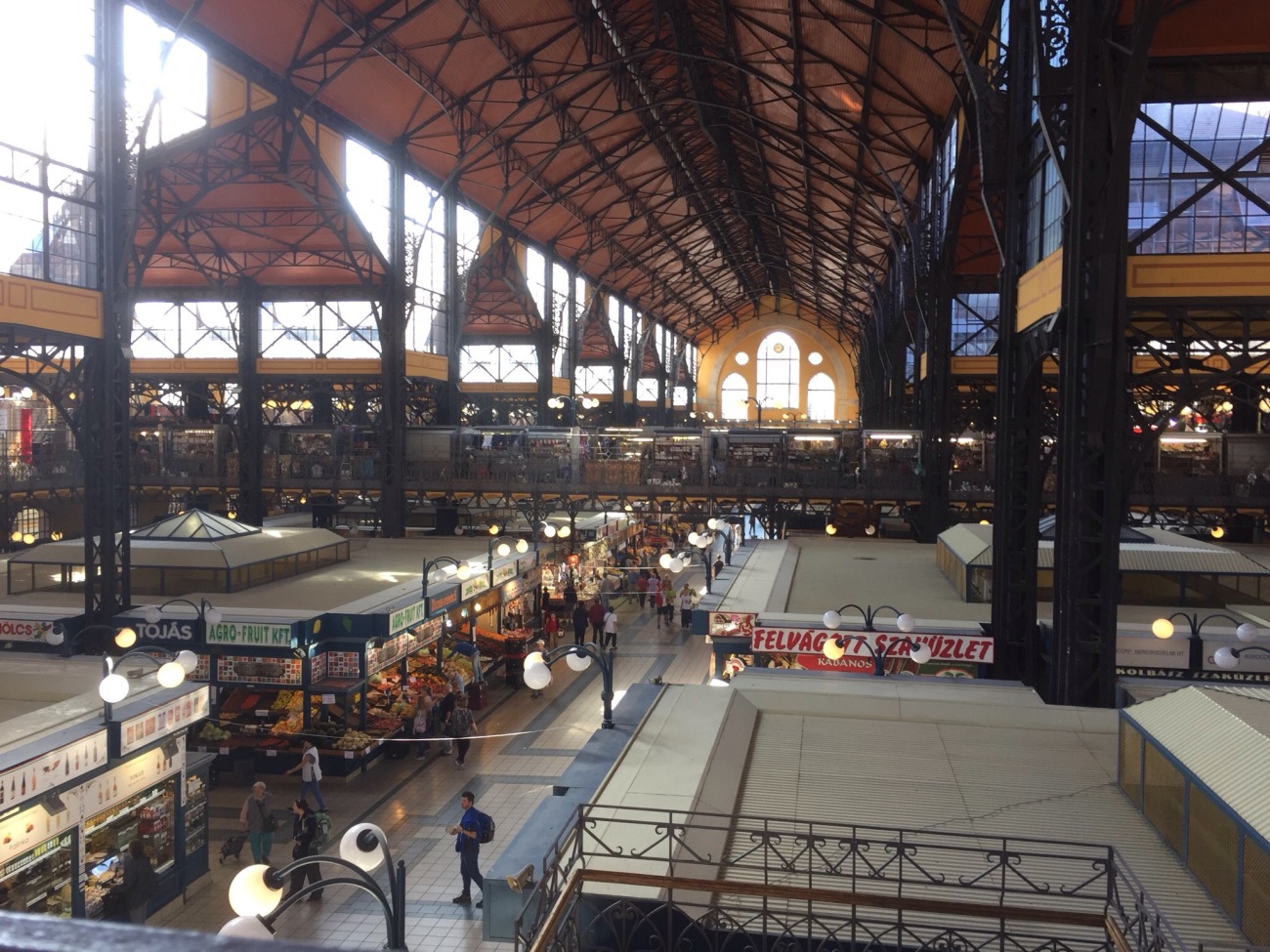 The Great Market is a pretty good place to buy stuff. It isn’t as overpriced as the stuff on the walking/shopping boulevards and you might actually find something that is “hand made.”

In Budapest, “hand made” must mean touched by human hands. 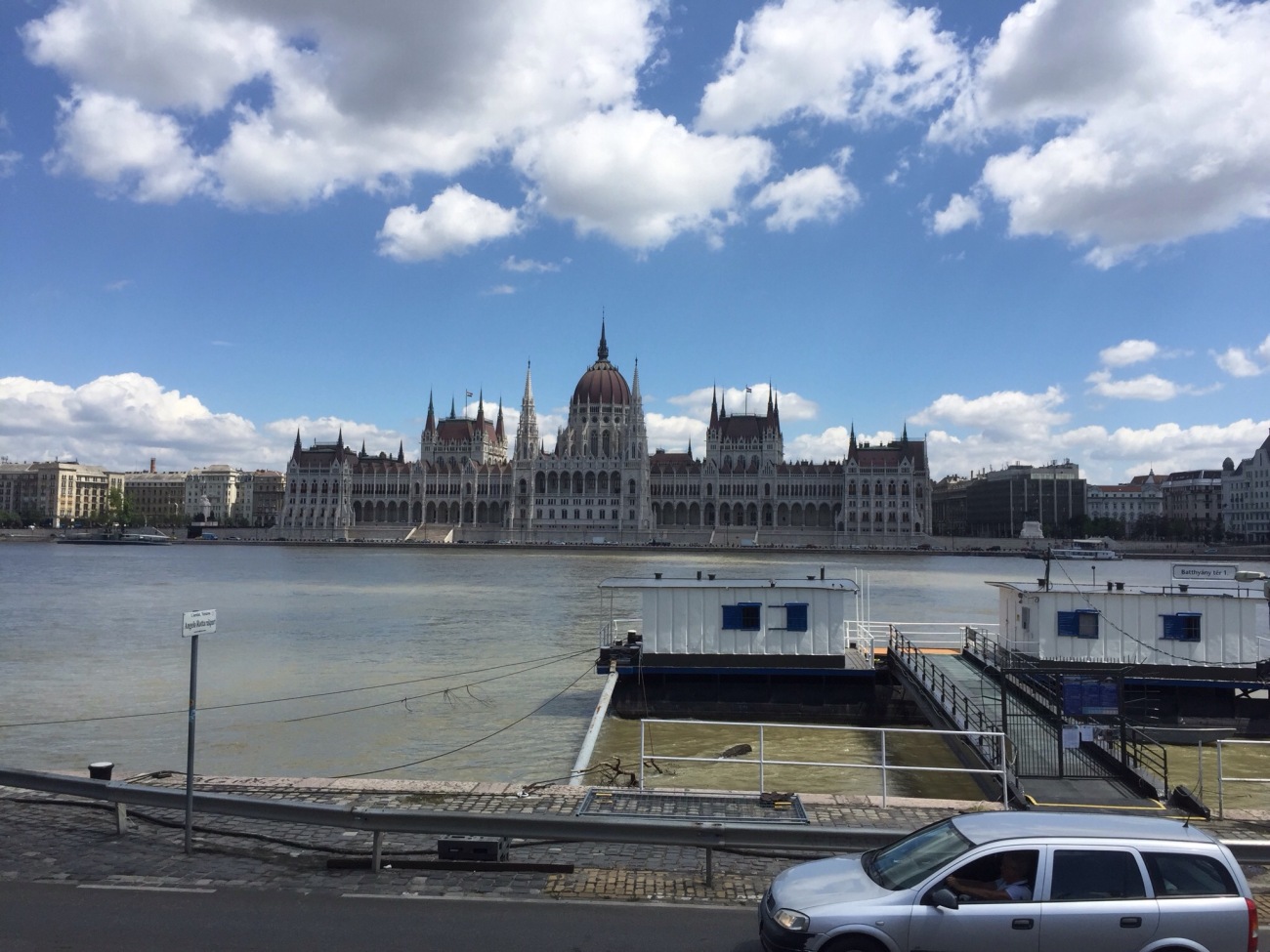 There is one important year in Budapest 1896. It is when everything was built. If a building was built from 1944-1989 it is probably in the style of Stalin Baroque. Stalin Baroque takes the finest aspects of cardboard box style and mixes it with concrete.

In Budapest, “Help Desk” are two words that apparently have no Hungarian translation. 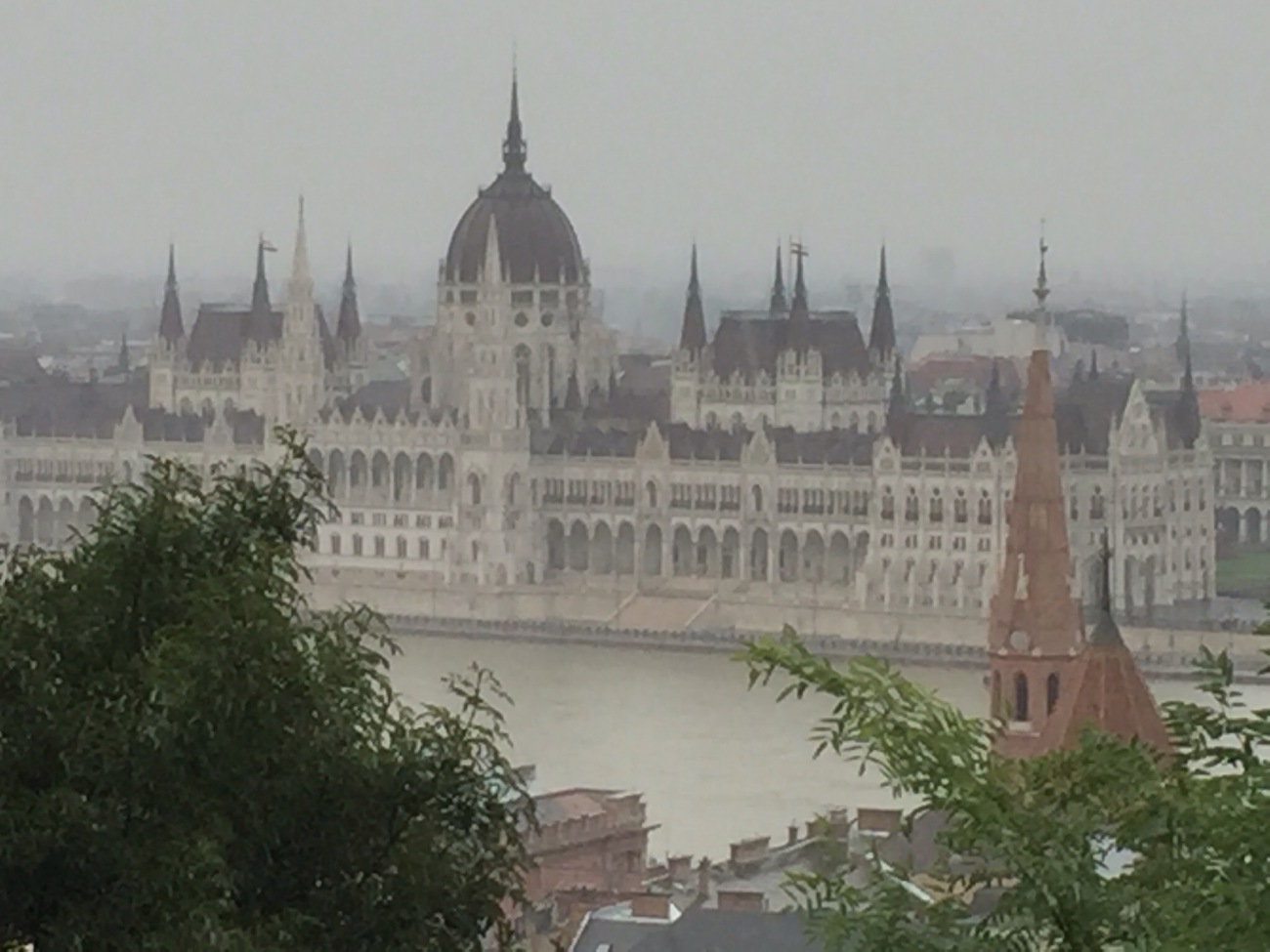 The Fisherman’s Bastion is worth the climb in the rain even though it will suck the life out of you for the rest of the day.

The metro escalators are comically long. I mean it, and some of them travel at a speed that is so fast that stepping on them risks whiplash. I can’t believe there aren’t old ladies with broken hips splayed out all over the ground where the escalators end.

If you are going to make your own Jorts (jean shorts) don’t get carried away. 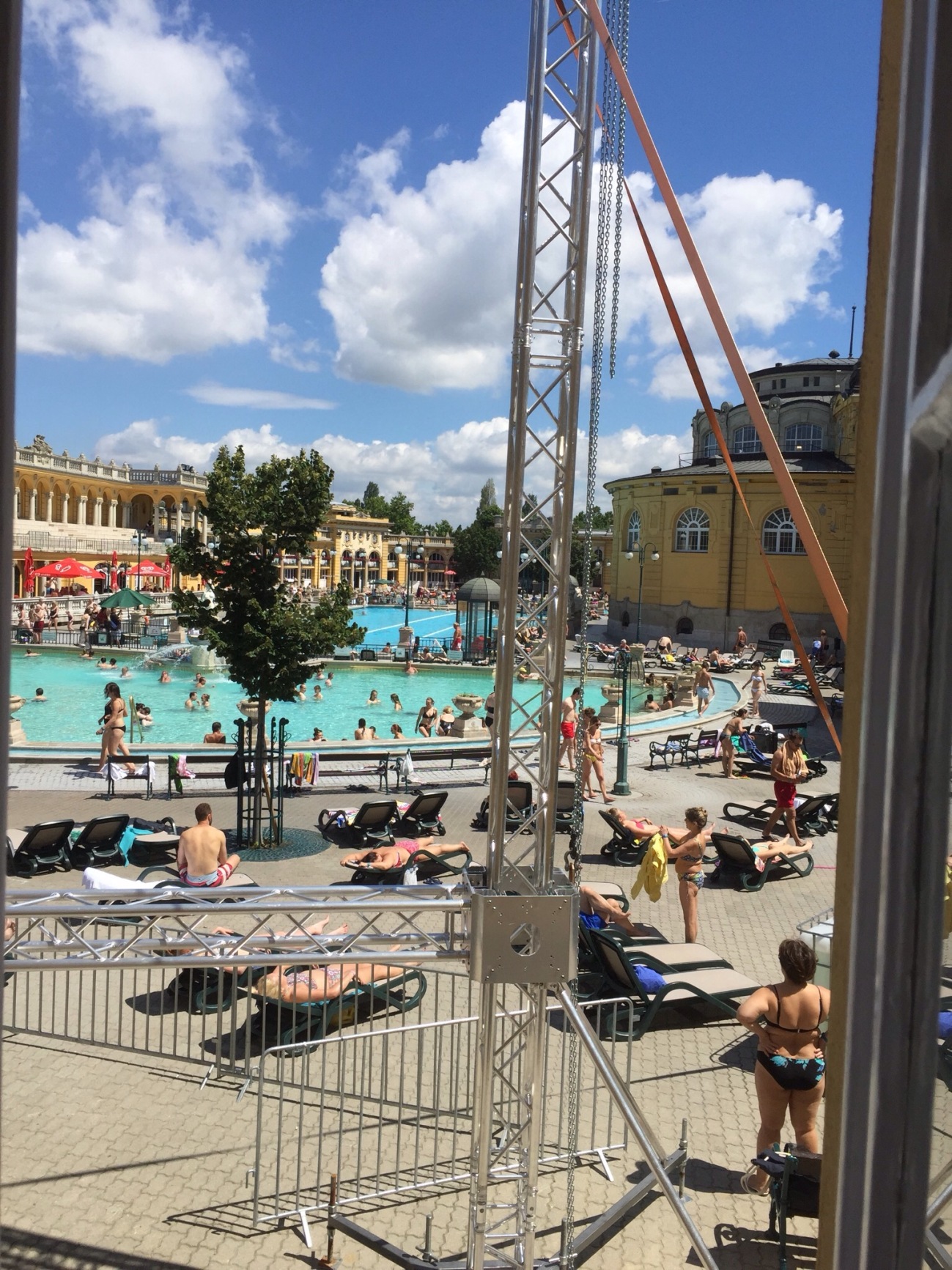 If you don’t go to the public baths you’ll regret it later. If it is raining and you just climbed to the top of the Fisherman’s Bastion and lost your metro pass, sitting in your room watching CNN to recover could be done while sitting in a warm pool of water. Well, you wouldn’t have to watch CNN, win win.

If you want to see St. Stephen’s mummified hand, but you aren’t sure if you have to pay or not, wait for a tour group and then blend in. (Second pro tip: Get your pictures while the tour group is in the room, they turn off the light as soon as the groups leave.)

When you are going to take the bus to the airport, make sure you have on supportive undergarments. If you have kidney stones, this might be a cheap way to break them up. I think the ride is only about $4.

Budapest is one of the most beautiful cities in the world.

Budapest is a great “test” city for those of us who are from North America. It has a good mix of really different aspects, and comfortable aspects. If you don’t like Budapest, then I’d stick to Western Europe, if you like it then I’d say try Warsaw or Istanbul.