At every high school awards dinner there is a moment set aside for the kid who never got in the game but stayed on the team waiting for their moment of greatness. Anyone who has been on a team knows these kids are the glue that hold the world together, they show up to every practice, give their best, and know that after the buzzer sounds they will not have to shower. The award these kids receive at the end of the year is: Most Inspirational. (I was the Most Inspirational player on the 1981, JV basketball team in Lemoore, CA. Not bad for someone who averaged .02 points a game.)

Blogging is a hobby set aside for weirdos, egomaniacs, and the Illuminati. Bloggers sit in a little room, or a Starbucks if they are an egomaniac, and type words onto a screen and then at some point they hit a button that publishes their ramblings into one of the internet tubes connected to their home. I have operated this blog for a couple of years now and it is not what would be called a wildly successful blog, but like all great things in life, my blog is an acquired taste.

Scott Nagele is a man of fine taste who operates a blog from a secret lair buried deep in a bunker somewhere in the upper midwestern part of the United States. How do I know Scott has fine taste? Well, he nominated my blog for the Very Inspiring Blogging Award. If you haven’t read Scott’s blog because you are hidden in a secret lair buried somewhere in the upper midwestern part of the United States, or you live in Kentucky where reading is considered a “special talent” then I suggest you check it out: http://snoozingonthesofa.com. Scott has three young boys, a very understanding wife, and a funny blog. Scott and I share a love of writing, reading, and walking faster than anyone else in our family.

Scott broke almost all the rules of the blog award and so I will continue this tradition of anarchy. According to the rules I should write seven things about myself and then nominate 15 different bloggers…is there anyone who reads 15 blogs? No, I mean really reads the blogs, not just hitting the like button like most bloggers do to maintain the illusion of following the blogger. (I refuse to play this game, so if I follow you, I really follow. Which is probably one of the reasons I run a highly unsuccessful blog.) Oh, I have also decided to write seven embarrassing facts about myself instead of seven facts about how awesome I am.

Seven Embarrassing Facts About Me: 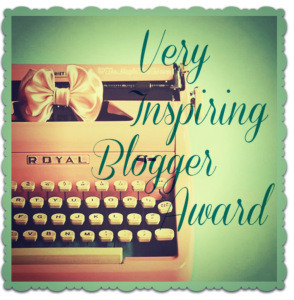 If you can blog with one of these machines you are an inspiration.

My 15 Blog Nominations (Where I live the blog exchange rate is 4 to 1).

Now, all four of these blogs are actually successful, and therefore free to ignore this nomination, but I thought my loyal reader might want to see what a real blog looks like. (These folks also have offered much kindness during my son’s illness so they were bumped up from good bloggers to good people.)

Up first is Andrea’s blog. Click here to be magically transported —> http://www.handandtheheart.com  Andrea has a way with words and has one of the most honest writing voices you will find. She is also pretty nice in real life.

Next is Bill’s blog. Click here to go there —-> http://pinklightsabre.com  Bill can write. He writes it all: poetry, short stories, opinion pieces, gut busting humor, and probably recipes too.

Ross runs a blog and lives in Canada (therefore, constitutionally required to be nice to Americans). Here is the linky-do ——> https://rossmurray1.wordpress.com Ross kills it. He is the funny, insightful, and one of the most supportive blogging friends a blogger could want.

Finally, is Dina’s blog. Dina is an American who lives in Denmark (in other words, my role model). —> http://wineandcheesedoodles.com  Aside from the fact that I want to run away and live in Denmark, she is another blogger who can really write.

That’s it kids. Thanks for dropping by and make sure you tip at least 15%.