Hey, how’s it going? I know yesterday was tough for you, well, let’s be honest, pretty much November through April is tough for you. With weather that is either cold wind, or freezing wind, with four hours of sunlight you always have such a positive attitude about everything. Maybe it is that Nordic attitude of low expectations that keeps you going, but yesterday had to be pretty tough.

Over here in the Mighty Pacific Northwest it was quiet for most of the day. That probably made you happy. There were probably a lot of tweets with stuff like, “That’ll shut you up Seahawks fans.” You may not ever remember how it all happened because you had already sloshed down six or seven beers and started planning your trip to Arizona for the SuperBowl. Hey, there were Seahawks fans at the game in Seattle who left the stadium early because they thought the game was over too. They got in their Subarus (if you live in the PNW you must own at least one Subaru) and started driving home to Linwood and missed the greatest comeback in Seattle sports history.

I was sitting in a friend’s man cave watching the game on a ridiculously large television screen and it was quiet. I mean really quiet. The detached quiet of the Emergency Room. There was one guy who kept saying, “I believe we’re gonna win.” I didn’t. I assumed the guy was drunk and not Nostradamus, but it turned out he was drunk Nostradamus. It turned out the Packers and Governor Scott Walker share the same finishing power. Walker almost got that college degree and the Packers almost won. (Cheap shot? Sure, but I’m okay kicking a state when they’re down if they’ve voted to eliminate collective bargaining rights.) 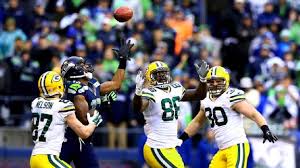 I don’t even remember how it all started. We were really happy when our punter (notice how much of a Seahawks fan I am today with all of this “our/we” stuff) made that pass for a touchdown, but then nothing went right for a long time. The bars of Wisconsin were probably flowing with beer and happiness. The Seahawks looked dead and flights from Green Bay to Phoenix were about to take a $200 bump up in price when everything went crazy. The Seahawks scored twice in less than 50 seconds. The man cave in the MightyPNW went from silent to high-five city. There were still some tense moments. Aaron Rodgers was still clutch moving the team down the field for the tying field goal and then there was the coin toss. We all remember the last time that happened with you guys. (For those of you who don’t remember, or don’t follow sports but have somehow read to this part of the blog, here is a brief summary. The Seahawks won the coin toss, the quarterback said, “We’re taking the ball and we are going to win.” He then threw an interception that was run back for a touchdown. WORST SMACK TALK IN THE HISTORY OF SPORTS.) This time there was no smack talk in overtime. The Seahawks got the ball, made a couple plays, and then it was over. Russell Wilson was crying, there were guys in the man cave crying (not me, I only cry at movies, and when watching CBS Sunday Morning), and all of Wisconsin tossed their cheese heads at their pet penguins. 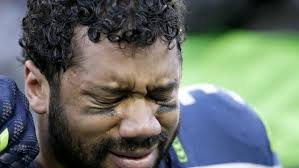 I’m certain there will be talk in the local papers and on Wisconsin sports radio about how the rules for overtime need to be changed. You guys should get together with the Cowboys and Lions, I’ll bet they have some ideas about rules that need to be reexamined. 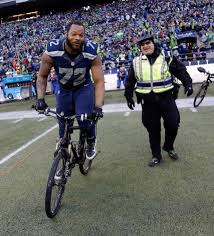 Keep your heads up. It was a good year. It was a tough loss, but be thankful, you could have Jake Cutler at quarterback. Go ride a snowmobile. Do some ice fishing. Shovel the walk. Two weeks from now watch the SuperBowl and don’t think about how close it was. Instead, think about the lengthening days, the hope of an early spring, and the possibility of a long summer.

For those of us in the PNW there is one more game. Go Hawks! 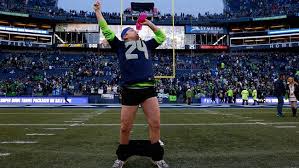