The boat has been adrift here at South of Strait for a good portion of the year, but I feel it is my duty as a blogger to set down this year’s best of everything. There is absolutely no science or math involved in the selection process so get ready for what some will call bias or what I call the truth.

The Novel of the Year: (The novel did not have to be written this year. I just had to read it this year.)

Fever Pitch, Nick Hornby. If you are a sports fan, immature, and are deeply committed to a team, this is a great novel for you. I am no longer committed to any team other than the Chicago Cubs (this allows me to ignore baseball season and still own a Cubs cap like 50% of the posers in the world). Hornby  understood his obsession with Arsenal football in a humiliating and intimate way that connected with all the dark places in my soul. For a sports fan this book should be a must read alongside the classics. (The Sporting Classics? The City Game, Ball Four, The Wrong Stuff, A Season on the Brink, Wilt [if you need a laugh], Art of Fielding.)

Notable Reads: David Foster Wallace’s essays probably would have won the award this year but all of his collections of essays have one stinker hidden in the midst of all that wonderful writing.

Album of the Year: 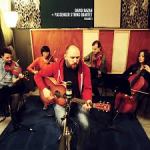 This was no contest. I saw Bazan and the Passenger String Quartet in concert in November(concert of the year) and would have written a blog piece about it but it would have said the same thing over and over: AWESOMEAWESOMEAWESOMEAWESOME… For those of you who do not know Bazan, don’t worry just keep listening to Bon Jovi. Bazan’s voice and lyrics are so unique and true that it is hard to say other than this dude is the bomb. The album is a reworking of some of Bazan’s best songs from earlier albums and the strings bring out the melancholy of his voice and lyrical angst. It is flat-out brilliant. Give it a listen and if you like it catch him next year as he does his living room concerts (real concerts in people’s living rooms).

PodCast of the Year: 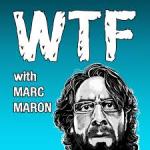 My two go to podcasts have been Sklarboro Country and This American Life for years, but this year I started branching out and began listening to Marc Maron’s WTF. At first, I didn’t like his abrasive, hyperactive style, but then I took a few long bike rides listening to WTF and forgot I was exercising. This was good because I have lost all will to exercise and could turn into a puddle of goo without much effort. (As my doctor said the last time I visited her, “Well, let’s see how this beer and hotdog diet treats you and then we’ll decide whether you need to change.” Haven’t seen her since.) What I like about WTF is that Maron’s interests are wide and he is well read, intelligent, and occasionally funny.

Notable Podcasts: Serial (Just started to listen to this one), Intelligence Squared (Debates by people smarter than me).

Movie of the Year:

Tim’s Vermeer. Is this a weird choice just to show that I am a snob? No, this was actually the best movie I saw this year. I don’t know if that means it was a bad year for movies or if this movie was just really good. Here is the premise: This rich guy (tech money) decides to try to paint a Vermeer. He builds a set, learns to paint (he had never painted anything before), learns to make paint, and then begins to create a duplicate of one of Vermeer’s paintings. This is one of those movies any person interested in art should see.

Notable Movies: NONE! This was a terrible year for movies. I did like Wild, Fury, and Guardians of the Galaxy.

Picture of the Year: 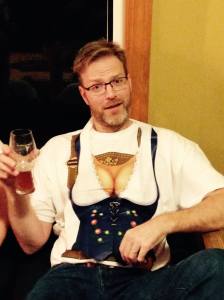